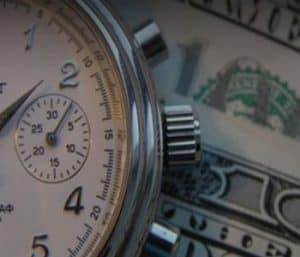 If you are someone who is working more than 40 hours per week and you are not being paid overtime you should contact an overtime lawyer. The Fair Labor Standards Act (“FLSA”) generally provides that covered workers must be paid at least minimum wages for all hours worked and 1.5 times their “regular hourly rate” for all hours worked over 40 per week.

One of the greatest myths is that if you pay a worker a salary then you don’t have to pay overtime. In reality, it is just one of the many factors. The overtime exemption test goes much further. Can the worker hire and fire? Can the worker enter into contracts for the employer? Does the worker manage any subordinate workers? Can the worker commit the employer to legal obligations? In other words, the less decision making authority the worker has, the more likely the worker is entitled to overtime pay.

To ensure compliance with the minimum wage and overtime provisions, the Fair Labor Standards Act allows a worker to sue his or her employer to recover the unpaid wages or overtime, and an additional and equal amount as liquidated damages, along with reasonable attorneys’ fees and costs. Punitive damages and emotional anguish damages are not available under the FLSA.

The amount of money available is the difference between the amount a worker should have been paid and the amount actually paid. Liquidated damages are available unless the employer can show their actions (or omissions) were done in “good faith” and the employer had reasonable grounds for believing their actions were not a violation of the law. Generally, when a jury finds that an employer has violated the FLSA, the Court should add an award of liquidated damages.

Rest assured, if you demand payment of unpaid wages and/or overtime pay, you are protected from retaliation. In other words, if your employer decides to fire you because you demanded to be paid what you’re owed, you may have a separate cause of action for unlawful retaliation.