The 3 Most Dangerous Roads in Florida 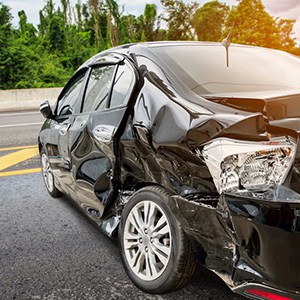 While Florida is certainly one of the most beautiful places in the country, it should not surprise you to find out that our roads are some of the most dangerous. The combination of a large population rushing to get to work, tourists who are trying to follow a GPS, part-time northern residents who are aging, and pedestrians and bike riders enjoying the sunshine all combine for many, many traffic accidents. In fact, some of the worst-rated roads in the state, and the entire country are right here in our area!

This is also known as the Sunshine State Parkway and the Ronald Reagan Turnpike. It travels through 11 counties in Florida, covering some of the most congested areas in the state. To make matters even worse, it’s somewhat confusing for drivers who aren’t familiar with the area, causing a lot of people to slow down or make sudden turns.

The I-95 corridor runs along the Atlantic coast for over one thousand miles, and it is congested for approximately 60% of its length. Data shows it can contain up to 300,000 vehicles daily. The stretch through Miami-Dade and Broward Counties is considered some of the most dangerous, with 1.73 fatal accidents per mile.

If you’ve been in this area for long, you know to expect one thing when traveling on I-4: to sit in a lot of traffic. This is the busiest interstate in the entire country and also named as the most dangerous, based on fatalities per mile. Not to mention, it is nearly constantly under construction.

If you are in the Davie, FL area and have been in an auto accident, whether on one of these roads or another, the people to call are Longo Law Firm. We’ve helped many accident victims get the compensation they deserve to cover lost wages, medical bills, and more. Don’t do this alone; you need to hire a Davie, FL car accident lawyer or run the risk of the insurance company taking advantage of you. We can be reached by calling (954) 546-7608, emailing mlongo@longofirm.com, or filling out our simple online form to request an appointment with a lawyer.