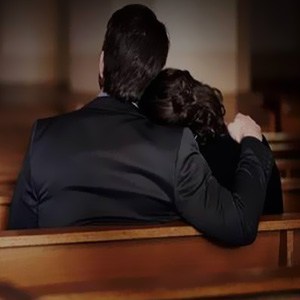 The death of a close family member is beyond terrible. Doubt, sadness, anger, grief, fear, shock, and bereavement are only the beginning of what you are feeling. To make matters even worse, you may come to learn that their death was actually the result of poor decision making on the part of someone else. Often, this constitutes a “wrongful death.” The legal definition that is used here in Florida of wrongful death is “The death of a human being as the result of a wrongful act of another person.” This broad definition can cover such criminal acts include: negligence (careless driving), an intentional attack (a death that occured during a fight), a death in the course of another crime (such as a fatal injury that took place during a robery), vehicular manslaughter, manslaughter, or murder. It could also cover someone killed on the job who was put in harm’s way by their company, perhaps on a construction site.

The Davie, FL personal injury lawyers at The Longo Firm handle this type of case regularly and are contacted by people just like you every single day. Many of these grieving people ask similar questions, like how much money to expect and what the lawsuit will entail. Let’s go over how a wrongful death suit is calculated now.

Placing a monetary value on the life of a loved one is incredibly difficult. However, the courts have developed a system based on several factors which may be considered to help reach a amount. These include:

You may have a ballpark estimate, but your lawyer must support all financial claims with objective evidence, like their pay stubs. Other expert witnesses can be brought onto the team to look at the exact circumstances to determine a specific amount.

Remember, justice is not automatic- especially in a case like this. While the law says you are entitled to specific financial compensation, the guilty party will not just hand it over. Wrongful death is illegal, but often needs to be fought for by the victim’s family in order for justice to be served. And even if the guilty party is arrested and found guilty, that doesn’t necessarily mean your family will be awarded the financial help you need as part of their punishment. That’s why a lawyer should be brought in.

It is the furthest thing from your mind after an accident that takes the life of a child, spouse, parent, or sibling, but you cannot wait long to take the action you need in order to get justice. A wrongful death lawsuit in Florida must be filed within two years of the date of death in most cases. Otherwise you will lose out on your right to bring a wrongful death lawsuit to court. Contact The Longo Firm today to discuss your possible wrongful death lawsuit in Davie, FL. We can be reached by calling (954) 546-7608 or emailing mlongo@longofirm.com.

GET HELP NOW
Home » Recent Articles » How Do You Calculate a Wrongful Death Settlement?