How to Prove Age Discrimination in the Workplace 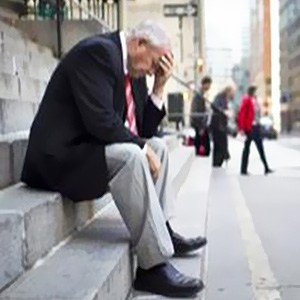 In an ADEA case involving discharge, demotion, or failure to hire, a plaintiff may establish a case by showing:

The ADEA does not authorize mixed-motive age discrimination claims because the plain meaning of the ADEA’s requirement that employer took adverse employment action “because of” age is that age was the sole reason that employer decided to act; therefore, to establish an age discrimination claim, plaintiff must prove that age was “but-for” cause of employer’s adverse decision.

If a plaintiff establishes a case of discrimination under the ADEA, the employer MUST articulate a legitimate, non-discriminatory reason for the challenged employment action. The burden is one of production and the court will not second-guess the business decision of the employer.

If an employer offers one or more legitimate, non-discriminatory reasons for an adverse employment action in an ADEA case, the presumption of discrimination is eliminated and the worker then has the opportunity to come forward with evidence, including the previously produced evidence establishing the age discrimination case, sufficient to permit a reasonable fact-finder to conclude that the reasons given by the employer were not the “real” reasons for the adverse employment action. This is referred to as “pretext” amongst age discrimination lawyers in Florida.

A plaintiff may show pretext either directly by persuading the court that a discriminatory reason more likely motivated the employer or indirectly by showing that the employer’s proffered explanation is unworthy of belief. The plaintiff must show such weaknesses, implausibilities, inconsistencies, incoherencies, or contradictions in the employer’s proffered legitimate reason for its action and that a reasonable fact-finder could find them unworthy of belief. A reason cannot be pretext for age discrimination unless it is shown that the reason was false, and age was the real reason.

For example, a supervisor’s references to an employee as an “old man” was not considered direct evidence evidence because the statement was unrelated to the decision to terminate the man. Also, a statement by a manager that he “was going to get rid of all you old people who have been here a long time and don’t want to do your job” was not considered direct evidence because it is subject to more than one interpretation and directed at workers with performance issues. Additionally, a decision-maker’s comment that “what the company needs is aggressive young men like [the replacement] to be promoted” did not constitute direct evidence of age discrimination.

Neither punitive damages nor compensatory damages for pain and suffering are recoverable under the ADEA. Attorneys fees and costs are recoverable to a prevailing plaintiff of age discrimination.

If you have been discriminated at work because of your age (40 or older) you must file a Charge of Discrimination before filing a lawsuit. This is called “exhausting administrative remedies” and is a condition to filing an age discrimination lawsuit in court. If an instigation by the Equal Employment Opportunity Commission (“EEOC”) finds no violation a plaintiff is given a Notice of Right To Sue. This gives a plaintiff permission to file an ADEA claim in federal court. If the EEOC does not complete their investigation within 180 days a plaintiff may request a Right To Sue notification from the EEOC.