Does Employer Have to Accommodate ADA Disability? 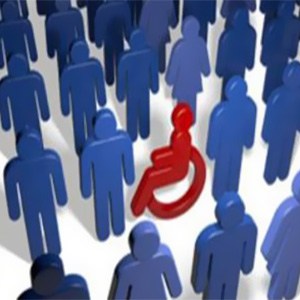 Under the ADA an employer must provide “reasonable” accommodations for workers with known disabilities unless such accommodations would result in undue hardship to the employer. An accommodation is reasonable, and thus required under the ADA, only if it allows the worker to perform the essential functions of the job.

To win a disability accommodation claim under the ADA a worker must prove the following facts:

What Is Considered a “Disability”

When workers claim that they are substantially limited in the major life activity of “working” for purposes of determining whether they are disabled under the ADA, their condition must significantly restrict their ability to perform either a class of jobs or a broad range of jobs in various classes as comported to the average person having comparable training, skills, and abilities.

A disabled worker is “qualified” within the meaning of the ADA if he or she, with or without a reasonable accommodation, can perform the essential functions and job requirements of the position the individual worker holds. A job function may be “essential” under the ADA if there are a limited number of workers among whom performance of the job can be distributed. Determining whether a particular job duty is an essential function within the meaning of the ADA involves a factual inquiry to be conducted on a case-by-case basis.

For example, a worker with epilepsy who is a direct threat to himself (and others) while he worked as a line cook, makes him an unqualified worker under the ADA, especially when the worker admits that if he continued to work as a line cook he would have seizures which would pose risk of harm because of appliances, such as a gas flat top grill, involved in his job.

In another example, a worker with a back injury is not otherwise “qualified” within the meaning of the ADA for a position of distribution representative, where performing physical labor on packing station line is an essential function of such position, worker requested to be accommodated with a permanent desk job because he felt he was unable to perform physical labor, worker testified he applied for three (3) other jobs with the employer because they “didn’t require physical labor,” worker informed manager he would never work in a warehouse again because he didn’t want to risk further injury, and worker’s doctor felt worker could not perform duties such as squatting.

For example, an employer adequately accommodated a grocery store cashier’s inability to stand for long-periods of time and, thus, did not violate the ADA, by offering paid break five (5) minutes shorter than her previous break, but not subject to any interruption, unpaid break of up to 60 minutes, shorter work shifts, leave of absence, and planned break time.

In an ADA action, once a worker has met the burden of proving that a reasonable accommodation exists, the employer may present evidence that the worker’s requested accommodation imposes undue hardship on the employer.

The word “reasonable” as an adjective for the word accommodation under ADA implied that an employer is not required to accommodate a worker in any manner in which that worker desires In other words, a qualified worker with a disability is not entitled to the accommodation of his or her choice, but only to a reasonable accommodation.

It’s important to remember that the ADA is not intended to punish employers for behaving callously if no accommodation of the worker’s disability could reasonably have been made. A worker who goes beyond the demands of the ADA to help a disabled worker incurs no legal obligation to continue doing so.

While the ADA may require an employer, in order to reasonably accommodate a worker, to restructure a particular job by altering or eliminating some of its marginal functions, employers are not required to transform the position into another one by eliminating functions that are essential to the nature of the job as it exists.

For example, an employer was not required to restructure bins sorter position, in accordance with changes suggested by worker’s doctor, in order to reasonably accommodate employee under ADA, inasmuch as such restructuring would have eliminated the position’s essential functions of squatting, kneeling, lifting, and carrying.

For example, an employer is not required to reassign worker to customer service representative position to reasonable accommodate his back injury under the ADA, where there were no vacancies in that position, and reassigning worker to such position would have constituted a promotion.

Finally, a worker may have issues with reassignment to vacant positions when it conflicts with seniority rules, which may be sufficient to show that such an accommodation is not reasonable. However, the worker remains free to present evidence of special circumstances that makes a seniority rule exception reasonable in the particular case.

GET HELP NOW
Home » Disability Discrimination » Does Employer Have to Accommodate ADA Disability?